Ask a Derm: Dr. Daniel Belkin on How to Know If You’re a Candidate For CoolSculpting

Even the most skincare-savvy individuals would love to get insider intel from a dermatologist. But sometimes, it’s hard to ask a doctor your most burning questions — maybe you believe your concern is too trivial, or you’re embarrassed to get the answer in a face-to-face appointment. That’s why SpotlyteTM brings you Ask a DermTM, a regular column where we have professionals provide the answers to your questions, no matter how big or how small. In this installment of Ask a Derm, Dr. Daniel Belkin shares his best tips for distinguishing whether or not you’re a good candidate for CoolSculpting®. Read on!

Similar to a willful two-year-old or a particularly difficult mother-in-law, body fat can be stubborn. Even after clocking in hours at the gym, many of us just can’t rid ourselves of those pockets of underlying fat along our stomachs, thighs, or upper arms. Luckily, CoolSculpting® — a body-contouring treatment that uses controlled freezing to permanently destroy treated fat cells — has become one of the buzziest procedures on the market, making it hard not to consider giving it a try.

[Editor’s note: The CoolSculpting treatment is a non-invasive fat-freezing treatment that effectively reduces fat in certain self-proclaimed “problem spots” in the submental and submandibular areas, thigh, abdomen, flank, and upper arm, along with bra fat, back fat, and underneath the buttocks (you know, those bulges that just won’t go away, regardless of how much you sweat it out on the treadmill). While it isn’t a weight loss solution, fat-freezing can reduce pouches of fat. As with any procedure, there are risks and side effects, so talk to a licensed provider to see if it’s right for you.]

However, when considering any in-office treatment, it’s only natural that you’d have some questions, mainly: Am I a good candidate? Well, according to New York dermatologist Dr. Daniel Belkin, there’s a few key tricks to knowing whether or not CoolSculpting is a viable option for you.

Consequently, this isn’t an option for those looking for a weight loss solution.

[Editor’s note: The CoolSculpting® procedure is also not for people that have cryoglobulinemia, cold agglutinin disease, or paroxysmal cold hemoglobinuria.]

On average, patients lose up to 20 to 25% of fat in the treated area. “It’s enough to see a difference, but it [may not be] a dramatic reduction that gets rid of the whole mass [of fat],” says Dr. Belkin.

However, it’s important to note that not all body fat is the same. Even though CoolSculpting is FDA-cleared to treat the thigh, abdomen, flank, bra fat, back fat, upper arm fat, area under your derrière, and submandibular and submental fat, it only treats one of the two types of fat. 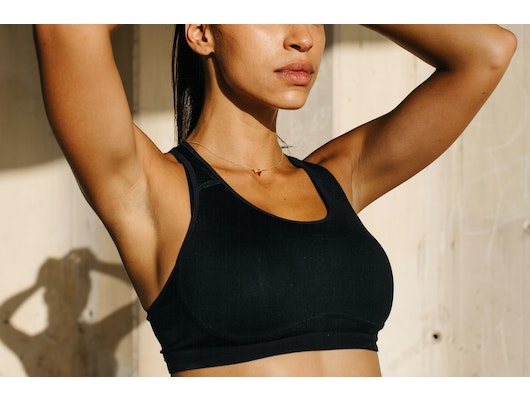 According to Dr. Belkin, fat that is squeezable and found directly under the surface of the skin works best for CoolSculpting. ““If you can grab [fat] with your hands, that means we can get it into the CoolSculpting applicator and the treatment can be performed [in FDA-cleared treatment areas].”

Unfortunately, fat that is firm — most commonly seen on men who have large, hard “beer bellies” — will not be affected by CoolSculpting. This type of fat is called visceral fat and is found deeper in the body, most commonly under the abdominal wall where CoolSculpting can’t reach. Learn more about the differences between visceral and subcutaneous fat here.

If you are an older patient, you have an additional consideration to think about before deciding if the treatment is right for you. What might seem like a bulge of stubborn fat may actually be saggy skin, which can’t be treated with CoolSculpting, except when treating a double chin, for which it can help improve the appearance of lax skin.

As a result, in a consultation for more mature patients, the healthcare provider will check to ensure there’s enough subcutaneous fat to treat beneath the lax skin. “Sometimes patients are unable to tell if it’s subcutaneous fat or sagging skin that’s the true root of what’s bothering them,” Belkin explains. “But, CoolSculpting will not help with [the appearance of] lax skin [in most areas], so it’s vital to discuss the difference with your doctor before heading in for your appointment.”

Here’s the bottom line: CoolSculpting can reduce fat in treated areas. However, as with any procedure, be sure to consult a trusted physician to discuss your options before booking your appointment.

Individual CoolSculpting experiences and results may vary depending on the number of treatments and the amount of time after treatments.

Aesthetic Treatments
Ask a Doctor,CoolSculpting,Advice,Back Fat,Belly Fat,Bra Fat,Stubborn Fat,Thigh Fat,Upper Arm Fat
YOU MIGHT ALSO LIKE
RECOMMENDED READING
You are now leaving Spotlyte. Links to third-party sites are provided as a courtesy. Allergan does not control or endorse, and is not responsible for, non-Allergan sites, including services or products offered on such sites. Allergan’s Privacy Policy and Terms of Use do not apply to third party sites.