Everything You Ever Wanted to Know About Skin Purging

The following arduous plight will sound familiar to any skincare obsessive: you buy an exciting new product and use it religiously in pursuit of the promise of beautiful, glowing skin. First, though, you have to make it through the rough “transition period” of your skin purging. This typically manifests in the form of frustrating, pervasive breakouts.

Whether you find it to be a mild annoyance or complexion torture, the unfortunate truth is that the process of skin purging might be unavoidable when it comes to using certain ingredients. But if you’re in the thick of a skin purge, we promise that there’s a light at the end of the tunnel! With dermatologists’ insight, we’re highlighting why exactly this happens, the ingredients that typically cause it, and how to determine whether your skin is facing a true purge, rather than a product reaction or breakout.

What exactly is a skin purge?

Skin purging is precisely what it sounds like: your skin is clearing out gunk, dead cells, and oil from your pores. It essentially looks like your face is breaking out, and you may even experience some sensitivity, redness, and light peeling.

“A pimple doesn’t begin when you see it,” explains Dr. Dendy Engelman, a board-certified dermatologist at NYC's Medical Dermatology & Cosmetic Surgery (MDCS). “It starts as a clogged pore under the surface — a microcomedone — that you can’t see, which can eventually become a full-blown pimple before it dies down and goes away.” If you’re using a product that boosts the rate of skin renewal (also known as cellular turnover), that may accelerate your microcomedones to evolve into blemishes.

Think of it as spring cleaning for your face — the ingredients in your new product are essentially causing your complexion to push out everything it doesn’t want or need. And, just as if you had pulled out all the old junk in your closet and piled it on top of your bed to “detox” your home, things can get worse before they get better. If that turns out to be the case, you should just accept that you’re going to see what Engelman refers to as a “flood of pimples.”

One way to console your purging woes is to understand that those pimples were always hiding there under the surface. They’re not new pimples caused by the new ingredient you’re using, and they would have eventually popped up at some point. Think of ingredient-prompted purging as a purposeful conjuring of lurking zits. You’re just getting them all out of your skin simultaneously, instead of slowly over time.

What ingredients cause skin to purge?

Purging typically occurs when you introduce a new product or ingredient into your skincare routine, or after a mild to aggressive chemical peel. It can also happen if you’ve switched to a stronger concentration of an ingredient your skin had already gotten acclimated to. Ingredients that can cause this process to take place include anything that exfoliates your skin and increases cell turnover, but retinoids, which include over-the-counter retinol, prescription retinoic acid, and oral acne medications such as tretinoin and adapalene, are the biggest culprits.

With over-the-counter retinoids, the bulk of purging should wrap up in a few weeks, notes Dr. Shari Sperling, a board-certified dermatologist and founder of Sperling DermatologyTM in New Jersey. Your skin should acclimate — revealing that glowing skin you were promised — in roughly three  months. You’ll know the purge has officially ended when your skin stops breaking out and looks and feels healthier. But remember, if you’ve been using a .25 retinol for six months and upgrade to a .5, for example, you may deal with purging again as your skin re-acclimates.

Though retinoids are typically responsible for purging, other exfoliating acids can also cause your skin to break out. Notes Engelman, “If it’s a product with an active ingredient — such as glycolic acid, lactic acid, or salicylic acid, [then your skin] might be purging since these ingredients also speed up [cell] turnover.” But, despite the unpleasant preliminary side effects these ingredients cause, they’re ultimately worth the hassle once you get through the purging phase. Cellular turnover is responsible for skin that appears smoother, brighter, and more youthful, after all. 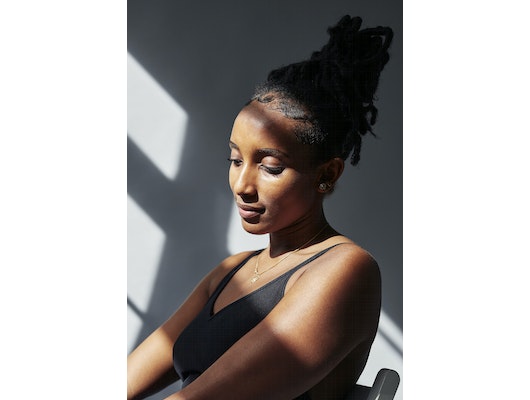 How can I tell if my skin is purging or I just have a normal breakout?

The biggest indicator that you’re dealing with skin purging versus a regular breakout is whether you’ve recently begun using a product that expedites cell turnover.

“Clinically, the breakouts appear the same, however, we know it is a skin purge because of the association of the [new treatment] being used at the time,” says Dr. Anna Guanche, a board-certified dermatologist and founder of Calabasas, California’s Bella Skin InstituteTM. “In addition, if all the pimples showed up overnight, then that is a tell-tale sign of a purge. All the pimples should be relatively in the same state of healing and look the same or similar.”

The second indicator you’re dealing with something more sinister than a purge is if the breakouts don’t stop.

“Typically, with purging, you can get flaking, irritation, peeling, and more breakouts,” explains Dr. Sperling. “These go away in a few weeks.” She adds, “With acne or an allergic reaction, it’s more of a reaction, and it’s not going to go away. That means there’s something else going on.”

Finally, if you’re experiencing other side effects in addition to those mentioned above, it could also point to a non-purge-related reaction. A bad reaction to a product often leads to irritation, itchiness, redness, or a rash, notes Dr. Guanche. If you’re not sure what you’re working with or if you are having a reaction, consult with your dermatologist immediately. She or he can guide you through your skin’s recovery process or suggest discontinuing what you’re using.

Can I just quit using this new product so my skin doesn’t purge anymore?

You may be tempted to stop using purge-causing products halfway through the process, but it’s best to stick with it in order to reap the skincare benefits.

[Editor’s note: As always, talk to your doctor before stopping any new medicated treatment.]

To reuse that spring cleaning metaphor, quitting halfway through a purge is sort of like throwing all your junk back into your closet and slamming the door shut. Not only is there a mess behind the door, but you miss out on the opportunity to improve. In the case of using retinol, that means increased collagen and a decrease in fine lines and wrinkles. In the case of acids, it means greater skin clarity and a brighter, more even complexion. A little purge is totally worth those rewards.