When we think of body fat, many of us immediately focus our attention on how to get rid of it. Of course, there are a few general rules for whittling the stuff (eat better, exercise smarter), but this type of sweeping advice doesn’t consider the specific type of fat in question.

Yes, there are different types of fat. The two main categories are visceral fat and subcutaneous fat, says Dr. Stanley Harper, an Indianapolis-based plastic surgeon at Sharper Plastic SurgeryTM. “Sometimes you will see those categories further divided into brown, beige, and white subcutaneous fat,” he notes. (For the purpose of this piece, we’ll stick to the main two.)

What are the differences between visceral and subcutaneous fat?

While visceral and subcutaneous fat are both types are fat, they differ on a cellular level, Harper notes. They also tend to reside in different areas of the body.

The only way to truly estimate a person’s levels of this kind of visceral adipose, or fat, is with a special bioimpedance scale in a doctor’s office. These devices measure body mass by sending a low, painless current through the body. The rate at which the current travels is compared with height, as well as other anatomical measurements, and used to calculate body mass.

Subcutaneous fat, on the other hand, is not so complicated. It is much easier to spot with the naked eye. “It is the fat [directly] underneath your skin,” Harper notes. This type of adipose can accumulate anywhere on the body, and appears soft and blubbery. The quickest way to tell which kind of fat you’re dealing with is simply by pinching it — if you can pinch it at all, it’s the subcutaneous type.

Is one kind of fat worse than the other?

Each type of adipose presents its own challenges. “Visceral fat is thought to be more harmful, as it can lead to metabolic syndrome and type two diabetes,” notes Harper. This is because, on a cellular level, visceral fat has some pretty worrying indications. “The endoplasmic reticulum, part of the visceral fat cell, releases inflammatory markers leading to metabolic disease,” he says, as well as cell death. Bottom line: visceral fat doesn’t create muffin tops or back rolls, but the way it affects the body can lead to serious health issues.

Subcutaneous fat is visible, but does not have the same potentially dangerous cellular makeup of visceral fat. In fact, a healthy amount of pinchable fat is necessary for warmth. “In small amounts, subcutaneous fat [also] protects our bodies from injury,” Harper notes.

Additionally, body fat can serve as a good source of fuel, Harper says. When we consume more calories than we need at any given moment, excess is stored in our fat cells for later use. Our bodies tap into that fuel reserve when we’re running low on caloric energy. So, you could consider healthy amounts of subcutaneous fat a sign that your body is looking out for you! 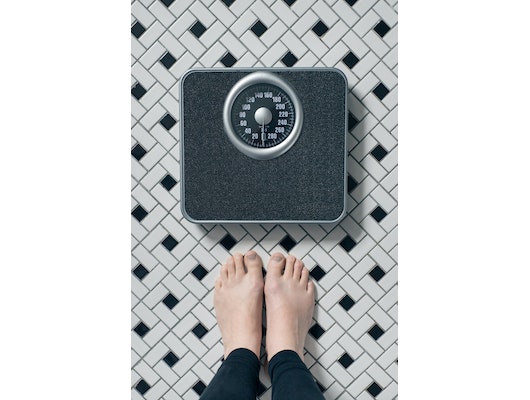 How do I nix both kinds of fat?

If you suspect you might be dealing with unhealthy amounts of visceral fat, it might be time to change your eating habits. “It is thought only diet and staying away from specific foods can alter someone’s visceral fat content,” Harper says, as well as exercise.

Luckily, there are more options for pinchable (i.e. subcutaneous) fat. There’s diet and exercise, of course, which can help to get rid of overall fat content. But as anyone with a “problem spot” knows, some pockets of adipose are simply resistant to all the squats and crunches in the world. In these cases, fat freezing treatments like CoolSculpting® could be an option for fat reduction.

[Editor’s note: The CoolSculpting treatment is a non-invasive fat freezing treatment that effectively reduces fat in certain self-proclaimed “problem spots” in the submental and submandibular areas, thigh, abdomen, flank, and upper arm, along with bra fat, back fat, and underneath the buttocks (you know, those bulges that just won’t go away, regardless of how much you sweat it out on the treadmill). As with any procedure, there are risks and side effects, so talk to a licensed provider to see if it’s right for you.]

CoolSculpting works by literally freezing stubborn fat cells to death in the treated area over a series of office visits. During these treatments, an applicator is suctioned onto the skin, where it delivers a targeted blast of cold to the fat cells in question. (It’s worth noting that CoolSculpting is not a weight loss treatment, but rather a targeted fat cell reduction method for healthy weight people with stubborn fat pockets.)

“CoolSculpting [works best] for people who live active lifestyles and are looking to target certain areas of the body that are resistant to exercise and healthy eating habits,” NYC-based dermatologist Dr. Ellen Marmur previously told SpotlyteTM.

In other words, fat-freezing is not a weight loss solution, or a quick fix by any means. Additionally, Harper reiterates that fat freezing will not reduce visceral fat. For overweight patients with both visceral and subcutaneous fat, he and his colleagues will work with patients to lose weight via diet and exercise, and possibly surgery and/or medication. “Once they have lost a large portion of the fat, we can then refer them for CoolSculpting [to get rid of subcutaneous fat pockets].”

Subcutaneous fat comes in many forms — as an extra belly roll, love handles, or inner thigh bulges and, if treated on an otherwise healthy-weight person, it could be dwindled with CoolSculpting. So, keep glugging that green juice and firing those abs at pilates — but if, after all that, you’re still bothered by stubborn subcutaneous fat bulges, ask your doctor if fat freezing might be a solution for you.