Your Ultimate Guide to Understanding, Treating, and Avoiding Scars

Every scar has a story. The wounds, like the tales behind them, can vary drastically. But what may seem like a permanent marker on your skin doesn’t have to be a visible reminder of the injury that caused it. Below, two skin experts share everything you need to know about these marks, including everything from preventing their formation to treatments — and why they’re not one size fits all.

First, Understand the Structure of a Scar

As with many skin issues, understanding what’s happening beneath the surface is a good first step to knowing how to treat it. “A scar is a kind of tissue that the body forms in response to injury, essentially like a self-gluing mechanism [to repair damage],”says Dr. Darren Smith, a board-certified plastic surgeon based in NYC. So essentially every healed cut is a scar — whether you see it on the surface or not. The body can only regenerate new skin for the top layer of the epidermis; anything deeper, and it makes scar tissue to fill in the gaps between the skin and the edges of the wound. Over time, the gap contracts and, in minor cases, eventually fades.

When you get a cut, your blood clots to help start the healing process. “Specialized cells including fibroblasts come to the site of injury,” Smith explains. “These cells produce a series of proteins including collagen that make up the substance of the scar.” Your skin tissues begin remodeling in an attempt to get the injured tissue back to its pre-wound state.

“This remodeling occurs at the most superficial (external) layer of the scar, as well [as deeper levels], and explains why scars that are often red when they are new become [either lighter or darker] over time,” says Smith. 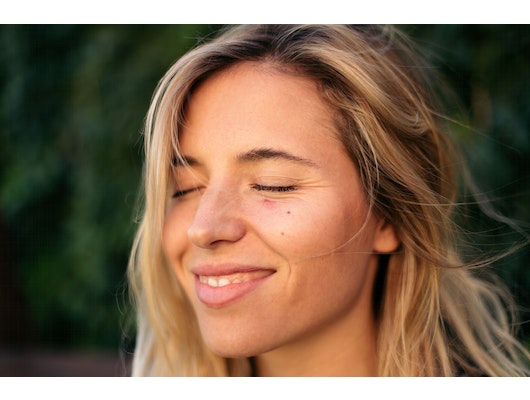 Even though the basic premise of scar formation is the same, the visible markings can vary drastically from person to person. That’s because there are different kinds of scars, and the treatment of each can vary greatly. I see a variety of scar types among my patients,” confirms Dr. Paul Friedman, Director of the Dermatology & Laser Surgery Centersm in Houston & New York. “They are classified as follows: hypertrophic or [larger than] the original wound, erythematous or red, atrophic or depressed, hyperpigmented, hypopigmented, surgical, burn, or traumatic, and [keloid].” Let’s break them down!

Hypertrophic (i.e. Raised) Scars: According to Friedman, hypertrophic scars form when abnormal amounts of collagen deposit themselves into a healing wound. As a result, the scar actually widens and becomes more prominent (instead of fading and contracting over time). Some people are more prone to hypertrophic scars, and they are more common in areas of tension or movement (think shoulders or knees).

Atrophic (i.e. Depressed) Scars: Atrophic or depressed scars happen when collagen is lost following trauma or inflammation at the wound site. Acne is one of the more common causes of an atrophic scar. The inflammation that results from a pimple can damage the fat cells beneath the surface and impair wound healing.

Hyperpigmented (Dark) Scars: When there’s an overproduction of pigment-making cells (melanocytes) as a scar is forming, it can become a hyperpigmented scar. This is similar to what causes acne scarring (also known as post-inflammatory hyperpigmentation) in some skin types.

Hypopigmented (Light/White) Scars: This type of scar is essentially the opposite of hyperpigmented marks — when forming, these scars do not have enough melanocytes to make them blend in with the surrounding, normal skin.

Surgical, Burn, and Traumatic Scars: Any of these may have any of the above attributes, and should be treated as described. Burn scars are particularly prone to something called contracture. The affected area of skin tightens due to cell activity being elevated. Scar contractures are treated based on their severity, shape, and location, but generally may require surgical intervention to correct (such as a skin graft)

Keloid Scars: This is one of the more common types you’ll see. “Keloids are unique because they can actually grow beyond the borders of the original injury,” Smith explains. “If removed, there is a significant risk that they will return — sometimes worse than [before],” he adds. Keloids are more likely to form on individuals from African, Asian, or Hispanic descent, which implies a genetic tendency. However, there’s still much debate as to whether or not scar types have genetic components since only one-third of people who develop keloids have a family member that is also susceptible to them.

[Editor’s note: As always, talk to your doctor before starting or stopping any new treatment.]

“We have many options at our disposal, and they can be tailored to the specific characteristics and location of the scar,” says Smith. For instance, scars that are pink or purple can be treated with a laser to reduce pigmentation, which in turn makes them much less visible. Scars that are causing skin surface irregularities (e.g. acne scarring) can be treated with resurfacing treatments like FractoraTM (radio frequency microneedling) or PRP (platelet rich plasma) in conjunction with microneedling. Hypertrophic (raised) or atrophic (depressed) scars can both benefit from lasers.

“Fractionated laser systems such as the Fraxel® DUAL 1550/1927 or Fraxel Repair® can reduce height and improve overall appearance of scars after surgery, burns, or trauma,” says Friedman. Laser therapy can be used to accelerate the fading of scar redness.

There are also topical treatment options for hyperpigmented scars, that much like treating any other dark spot on skin, may include retinoids and chemical peels. Dr. Smith warns that these options should be administered by and progress monitored by a licensed provider to avoid over-lightening, or hypopigmentation.

For more severe scars, surgical approaches may be the better option. While it sounds counterintuitive, surgeons might actually recreate the wound to fade the scar. For hypertrophic scars or keloids that formed due to wound tension, for instance, Friedman says he can actually reopen the wound, reduce the tension, and close the wound again so it can heal under ideal conditions; this might also involve other treatments such as corticosteroid injections or cryotherapy to minimize scar formation. Fat grafting under a scar can also improve skin quality.

Keep in mind that laser-based therapies can lead to skin pigmentation problems, so it is important to seek an expert for these treatments. Fractora can also have pigmentation effects, so definitely consult an expert here too. “Too much energy [from a laser] in a young scar before the wound bed has stabilized may lead to worsening of scarring” Friedman explains.

As for PRP, Smith says it is usually safe but, as with any procedure piercing the skin, an infection or skin discoloration is possible (although he notes that it’s extremely rare).

If you have a scar on or near a more sensitive area of the skin, like near the eyes, there’s a  risk of causing more damage by trying to minimize it, so it may be untreatable. On very visible or more mobile areas of skin, Smith says that he’ll sometimes rearrange the tissues to move these lesions to less visible areas.

“Burn scars are typically the most difficult to treat, but we have made several advances with ablative fractional resurfacing followed by topically applied drug delivery,” Friedman notes. 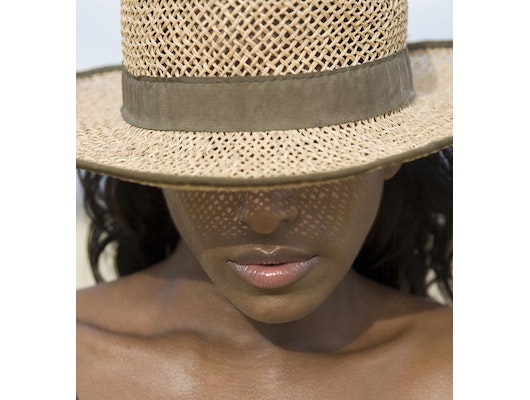 Now that we know how hard our skin has to work to repair a wound, you’ll understand why proper care for the cut in the beginning stages is critical. If you already know that you’re prone to scarring, it’s especially important to treat any cuts, burns, and other injuries right away. But don’t apply just anything over it: With the exception of antibiotic ointments, Smith advises steering clear of slathering any skincare products on a new wound. (So you shouldn’t slick body lotion over that cut!).

“These products can introduce infection and create barriers between healing wound edges, leading to more prominent scarring,” he warns.

If you’re looking to diminish a scar that you’ve had for a while, talk to your derm about options to make it less visible. Lastly, don’t pick wounds. After all, you wouldn’t want to interfere with your body’s (amazing!) self-healing systems.