Even some of the most athletic and toned individuals imaginable deal with stubborn fat. For many years, getting rid of those extra lumps required anesthesia, invasive techniques, and (often) major recovery time. These days, however, there’s an FDA-cleared device that effectively targets fat pockets on multiple areas around the body: CoolSculpting®.

In just one session, up to 20 to 25 percent of the fat cells treated can be reduced and eventually eliminated by the body. If that sounds impressive to you, you’re not the only one — there have been over 7 million treatments worldwide since CoolSculpting hit the market. But when undergoing any medical aesthetics treatments, it’s important to ask questions — and for many, the big question about CoolSculpting, also known as fat freezing is “does CoolSculpting hurt?” We interviewed experts and patients alike to break down every step of the process, from how it works to yes, the comfort level during each appointment.

What Is CoolSculpting and How Does it Work?

CoolSculpting works on the premise of exposing “trouble areas” — such as your double chin, abdomen, upper arms, and thighs — to very cold temperatures for a set period of time. This ultimately destroys the fat cells. The phenomenon was discovered somewhat accidentally by Harvard scientists who observed dimples in the cheeks of children who consumed ice-cold popsicles. Eventually, the scientists realized that the popsicles were destroying the fat cells in their mouths — and the rest is million-dollar history.

“The fat cells die [soon] after a treatment, but take two to four months to flush out of the body,” explains Melissa Mickelson, co-owner of Bodify in Phoenix, Arizona, which is one of a few facilities that exclusively provides CoolSculpting. She and her sister, Jessica Stellwagen, operate the business together and have performed over 15,000 treatments.“During this time, you can resume normal activities and continue to live life. Once the treated fat cells are gone, they are gone for good.”

Mickelson says that CoolSculpting is ideal for those who have one or more pockets of stubborn fat that are resistant to diet and exercise. “People often tell us they eat well and are active but, when they look in the mirror, they don’t see the reflection they feel they should based on their efforts and discipline,” she says. “Those who are [close to their ideal] weight respond [best] to CoolSculpting and love how it can shape, contour, and sculpt their body.”

Treatment plans typically involve one, two, or three sessions. As mentioned, the first treatment reduces targeted fat by up to 20 to 25 percent in four months, with a second treatment further contouring the area. But the question still remains: Does CoolSculpting hurt?

While all the before and after images floating around the internet are quite compelling, we know many still have burning (or would that be freezing?) questions about what the treatment actually feels like. To sate your curiosity, we went straight to the source and asked for candid feedback from people who’ve undergone CoolSculpting themselves.

The treatment begins by adhering a gel pad to the area. An applicator that “sucks” the fatty tissue inside is then carefully applied. This has been described as a slight pinching feeling or increased pressure. Once applied, the device is turned on and starts blasting cold.

“From a scale of one to ten, the pain I felt was at a two,” says 34-years-old Jenilee Boyd, who had the treatment done under her chin at Eminence Medical Esthetics in Princeton, New Jersey. “It felt cold [and] was a little uncomfortable for the first few minutes, but not [very] painful and it didn’t last long.”

The experience was slightly more intense for 30-year-old Cassie Gray, who had the treatment performed on her lower abdomen in New York City. She describes her pain tolerance as being “pretty high.”

“It was cold — really cold, almost to the point of burning — but eventually you just numb out,” she says. “To be completely transparent, I went out the night before [and] doze[d] off completely during the treatment.”

Scottsdale-based Melissa DiGianfilippo, 35, says she considers herself a little bit of a wimp when it comes to pain threshold. However, her experience was fairly mild.

“I literally barely felt anything except for an icy-cold feeling on all three areas — [love handles, inner thighs, and lower abdomen] — during the CoolSculpting treatment. There was [very little] pain for me,” she says about her experience at Bodify. “[It] felt like when you hold a very, very cold ice pack directly on one area for a long time. It really just feels cold, and then eventually goes numb so you can’t feel the cold anymore.”

Once the applicators have finished their 35- to 60-minute cycle, they’re carefully removed and then the area is massaged for two minutes. Massaging improves results by up to 68 percent, so it’s important to the process, but many patients describe it as the most unpleasant part of the treatment. That’s because at this time, the blood re-enters the area and a tingly, crampy, or achy feeling is experienced.

Amy Leighton, a 53-year-old who also had her treatment done at Eminence Medical Esthetics, said the part of her treatment that was painful was the massage, which she described as “bearable, but unexpected.” 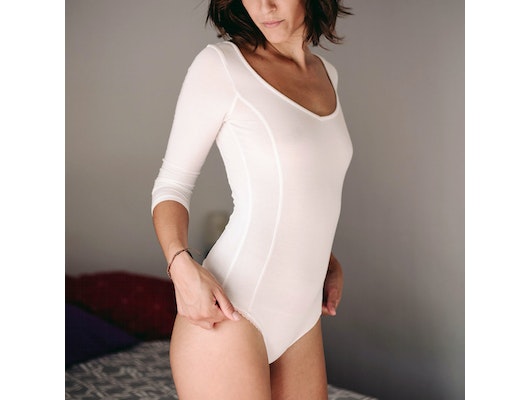 Does not imply person featured in photograph had the CoolSculpting treatment

So, we've answered the question of whether CoolSculpting hurts during the procedure. Like the post-treatment massage, CoolSculpting recovery across the board has been described as tolerable, but not peachy.

“It was never a shrill pain. I’d describe it more as an odd throbbing and tingly pain for the first couple of days, and then it was just extremely sensitive to touch and any movement,” says Gray. “I could only wear leggings with a waistband that went up and over the area for at least two weeks. There was [a very little chance] of wearing jeans or anything that hit that area right on. It took at least three weeks for the discomfort to completely leave.”

DiGianfilippo says her recovery was swifter than Gray’s. “[I experienced very little] pain, but I was a little sore post-treatment for about a week,” she explains. “That soreness felt almost like I had done an intense workout, but it wasn’t painful.”

Boyd’s recovery was even more expedited. She says, “I was sore to the touch for the first two days. Other than that, I forgot I had the treatment done until I noticed [the area under my chin] starting to [look] more defined.” 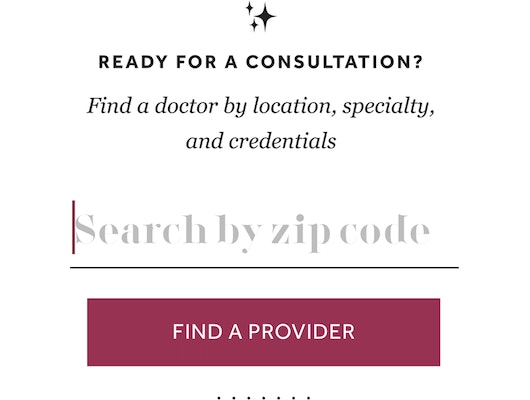 Speaking of more definition, let’s talk about results. Each of the women we spoke to said they noticed a definitive, positive change in the treated areas within the first month, with even more dramatic results two to four months later.

“After about six weeks, I went for my follow up and to take ‘after photos’. I was shocked,” says Boyd. “I knew there was a difference, but I didn’t think there’d be that much of a difference from one time and so soon. I’ve always had an issue with my double chin, [but not anymore.]”

She’s so sold that she’s planning to do a second session on the same area, and then she’s moving on to her abdomen. DiGianfilippo says she’s also been “beyond impressed” with the results on her love handles, lower abdomen, and inner thighs.

“The girls at Bodify told me that people who are [close to their ideal weight tend to be the best candidates], and that was most certainly true for me. I started seeing results just a few weeks post-treatment, but really noticed the biggest difference after about three months,” she says. “My waistline and hips were more defined and curved and there was a noticeable difference in my inner thighs.”

She’s now a year out and says that her weight, and shape, has stayed the same. That said, it’s important to note that maintaining a healthy lifestyle following your treatment is really key to long-lasting results. Gray, who openly admits to being a yo-yo dieter, says that she was floored with her treatment results, but that due to eating poorly and not exercising her results didn’t last.

“About a month [after treatment], I started to notice that jeans weren’t as tight and then my stomach was significantly flatter about two months in. My family, friends, etc. — everyone noticed. I still look at myself in my New Year’s dress from that year and can’t get over how flat it really looked,” she says. “I’d say it lasted about six months, but that was because of my own lack of self-control. Moral of the story: even if you lose those fat cells, the ones you have will continue to increase in size if you continue to eat [poorly] and do not work out.”

As impressive as the results can be from CoolSculpting, it’s not a magic device — you still have some responsibility when it comes to maintaining results! It’s also important to remember that everyone’s experience is different. The best way to determine if CoolSculpting is right for you is to talk to an experienced provider. Connect with our trained aesthetic specialists now to find a CoolSculpting provider in your area. 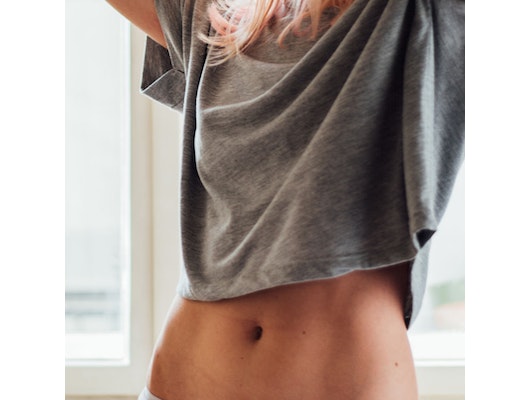 Does not imply person featured in this image had the CoolSculpting treatment.

The CoolSculpting procedure is FDA-cleared for the treatment of visible fat bulges in the abdomen, flank, thigh, submental and submandibular areas, along with bra fat, back fat, underneath the buttocks (also known as the banana roll) and the upper arm.  It is also FDA-cleared to affect the appearance of lax tissue with submental treatments.

Fat Freezing
CoolSculpting
YOU MIGHT ALSO LIKE
RECOMMENDED READING
You are now leaving Spotlyte. Links to third-party sites are provided as a courtesy. Allergan does not control or endorse, and is not responsible for, non-Allergan sites, including services or products offered on such sites. Allergan’s Privacy Policy and Terms of Use do not apply to third party sites.