When I turned 42 (even sharing that feels a bit strange — I still feel like I’m 30), I rang in the occasion with a few friends, and as we celebrated one night at a swanky, seaside drinks spot, a guy approached me. Correction: a boy approached me. Before he even opened his mouth, his cherubic cheeks—all plump with natural collagen—signaled to me that he was probably no more than 30 years old (I’d find out later he was 26). I was about to enter into a scenario I’ve been in before: being mistaken for younger than my age.

As this sprightly lad proceeded to flirt by way of offering me a tequila shot (which I declined, and he tossed back on my behalf) and introducing me to his not one but two roommates, he eventually asked for my number so we could “hang” back in New York City.

“That’s very sweet, but I think I’m a little too old for you,” I said.

“Come on, what are you, like 30?” he replied. “Because I’m totally cool with that. I mean, it’s not like you’re 40.” He emphasized the latter point with the scoffing sarcasm of Larry David. (Side note: he had no idea who Larry David is.)

While copious amounts of booze can fog anyone’s vision, people do sometimes assume I’m younger than my age. And I’m not complaining about this. But as a single woman dating in my 40s (a flustering challenge in and of itself), it can make things tricky. Sure, it’s flattering to be approached by a 20-something guy, but most aren’t exactly relationship material for someone my age. (My interest is in men in their 40s, in case you were asking.) And when your looks are inadvertently deceiving, it can tempt you into a web of alternative facts.

Say a guy takes a guess at my age, and I play coy and respond, “Sure, close enough,” even if he’s way off. Maybe we go out a few times. Eventually, chatting about the usual get-to-know-you topics—such as your college years (and how you never used the internet until you were a sophomore) or how your best friend has a 13-year old son—give way to the truth. I see it in my date’s eyes as he’s doing the math in his head: she just said she was at a high school graduation party the night O.J. fled in his Bronco… when she was 9?! Eventually, the jig is up, and few men are thrilled when they realize you’ve let them believe you’re a Millennial—even after you point out that technically you’re only one year shy of being Gen Y.

Genetics certainly deserve some of the credit for my youthful appearance, but I’ve also worked in the beauty industry for nearly 20 years. So I learned early on how to care for my skin and to avoid overindulging in what can age it prematurely (the sun, smoking, tequila shots). Being kind to your skin pays off down the line. I’ve never used traditional anti-aging skincare because I’ve found that focusing on nourishment and protection rather than on trying to eliminate flaws keeps my complexion in pretty decent shape, and wrinkle-reducing injections and facial fillers also help with my appearance. These are the skin rules I live by, and so far, they’ve served me well: 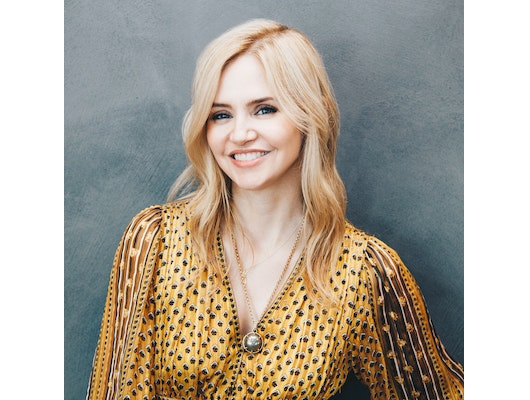 Mantra 1: Sunscreen is everything.

Wearing SPF 30 on your face every single day, year round, and shielding yourself from the sun when you’re outdoors really does slow down skin aging (not to mention help protect you from skin cancer). We’ve seen the scientific proof, and I’ve seen the results not just in my own skin, but also in the skin of friends and colleagues who look years younger than their age. The one thing they all have in common is that they never skip sunscreen and they wear a big hat and sit under an umbrella when they’re out in the direct sun. And the good news is, it’s never too late to start being diligent about sunscreen. (Discover some dermatologist-approved SPF formulas here.)

Mantra 2: I use only gentle formulas.

My skin is easily irritated, so I never got into doing scrubs and peels, and I don’t use retinol. Which isn’t to say that these products don’t deliver great benefits—they absolutely do. But I’ve found that my skin responds best to gentle, soothing, moisturizing skincare. And since recent research indicates that chronic skin inflammation may speed up skin aging, I avoid anything that can potentially set off irritation.

My staples are SK-II® Facial Treatment Essence (which I started using when I was 25 and I swear it changed my skin from combination to normal and balanced), La Roche-Posay® Toleriane Double Repair Face Moisturizer UV SPF 30 for day (designed for sensitive skin, it contains ingredients that help strengthen skin’s protective barrier), and Dr. Barbara Sturm® Face Cream at night (which has excellent moisturizers like vitamin E and squalane, but is lightweight).

Mantra 3: I apply an antioxidant product every morning.

Whether it’s a serum or a lotion, I don’t set foot outside without first smoothing on a product that contains antioxidants. They help protect against UV damage and pollutants that can trigger the free radical reactions that contribute to skin aging. I recently discovered Dr. Barbara Sturm Anti-Pollution Drops, which I like because they absorb instantly and don’t leave behind any slick residue.

Mantra 4: I regularly visit the dermatologist.

I’ve believed for a long time that your skin is important and part of keeping it looking the best is consulting with a professional. That’s why I consistently see my dermatologist, Dr. Ellen Marmur. We talk about my skincare routine, anti-aging concerns, and everything and anything I can do to take the best care of my skin possible.

Mantra 5: I wash my face with just water at night.

I know, I know—this sounds completely counterintuitive. But for me, it works. Before bed, I take off my makeup with remover, then splash my skin with water but don’t use cleanser. (I should note, I do wash with a mild face wash in the morning.) For whatever reason, my skin is calmer and more balanced when I don’t use cleanser at night.

There you have it—the mantras I’ve learned and adopted for glowing, smooth skin. As for that 26-year old I met over my birthday weekend, I didn’t end up giving him my number. Much like fleeting skincare fads, I’ve learned that it’s more rewarding to focus on your long-term goals than temporary boosts.

When I worked at women’s fashion magazines, I edited countless beauty stories about loving and owning your age—yet the moment I turned 40, I felt I had to hide it from my dating world for fear it would make me less desirable. But two years into this decade, I’ve realized that I feel more confident when I’m upfront and honest about my age with men. Hiding it or playing coy just feeds insecurity, because it implies that being 42 is somehow a flaw when, of course, it’s not. I’m proud of my age (and my skin!), and it’s quite empowering when you stop denying it and start owning it. Call it part of the beauty of getting older.