Forty days ago, I could — without a smidgen of doubt — swear to these personal truths:  I don’t “do” yoga, my body doesn’t sweat, washing my face before exercise is pointless and gel manis are a non-negotiable essential, no excuses. But now, all four notions are now null and void — and they were all obliterated with one big change to my routine.

On October 8, I fully dedicated myself to 40 days of hot yoga at Lyons DenTM in Manhattan, a.k.a.: 40 Days At The Den. The program’s 90 participants commit to practicing yoga six days each week. There are Monday night meetings, as well as meditation components, nutritional guidance, and journaling elements. But I was especially curious to see how my skin would react to moving through poses under infrared heaters during 60, 75, and 90 minute sessions. That’s a long time under infrared light. I was intrigued. And when I went through the challenge, truthfully, I was even surprised. 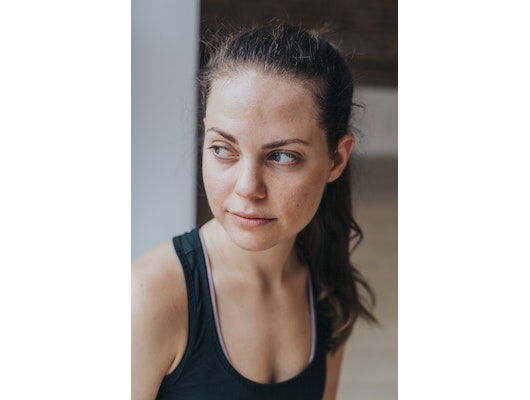 Some Background On My Workout History (And Skin)

Before downward-dogging my way through six weeks of sweaty towels, mats, and sports bras, my fitness regimen mostly consisted of cardio and strength training. That could have been anything from sprinting on the treadmill at Barry’s Bootcamp® or pushing my limits in personal training at Performix HouseTM to challenging my core at SLT®. All of these workouts left me physically spent from burning calories and building muscle, but sweating? Not so much. Yoga changed all that. Also, during any other workout (SoulCycle® included), grabbing a smoothie or running errands (essentially taking my time to get home) was fine. After hot yoga, I was covered in sweat, and would need to rinse off ASAP (more on that later).

For most of my athletic life, I wasn’t prone to sweating. The exception: humid climates and running more than two miles outside. Admittedly, it takes a lot for my body to get to a drenched state. But within two minutes of walking through the Den door, that was no longer the case. My pores were purging ounces of moisture held within my body, making me look as if I had just emerged from the ocean.

Lyons Den co-Founder Bethany Lyons advised me to drink “boatloads of water” to stay hydrated, but I was already heeding that advice — the classes had me drinking more H2O than I ever had before. (And no, that’s not counting the water composition of my cold brew.) But my new propensity to sweating was a good thing: “The skin is the largest organ of the body so when you sweat, you lose water, salt, and [possibly] other toxins,” says Dr. Jennifer Levine, a board-certified plastic surgeon in Manhattan. 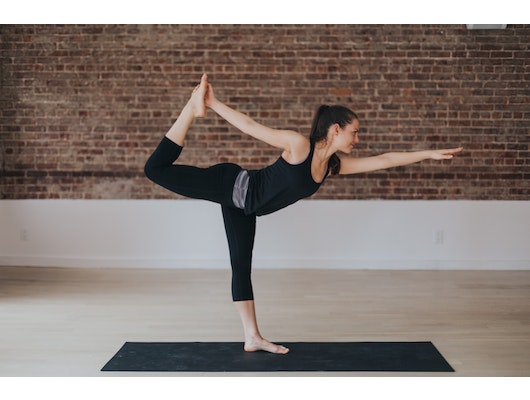 Changing My Skincare Regimen Was Necessary

“When you first start something new, like exercising, practicing [yoga], and sweating a lot, your body may sometimes purge a bit — much like a facial can sometimes bring stuff to the surface,” Lyons tells me. “Move through it with grace — [you might] come out glowing on the other side.”

I wasn’t sure about glowing — I’ve never glowed. Granted, my face has looked clear, maybe even sun-kissed, but glowing wasn’t in my skin’s vocabulary. And in fact, after week one, my complexion started breaking out (and I was not OK with that). I’m neurotic about touching my own face (and letting people — even my lovely, sweet grandmother — touch my face), so I couldn’t stop obsessing about the bacteria that was clogging my pores.

“[Hot yoga] increases sweating which opens up the pores,” explains Dr. Levine. However, she, too, insisted this purging would eventually give way to radiance: “The heat also increases circulation, which brings more blood flow to skin, nourishing it and giving it a healthy glow.” Truthfully, my breakouts became so significant that on the seventh day, I considered giving up on the challenge in the name of saving my skin (Where was the mystical glow these two were referring to?), but I carried on.

Before I started this endeavor, both women warned me to take off all makeup prior to class. “Duh,” I thought to myself. But it was on that seventh day of skin turmoil that I realized even without makeup, I needed to wash my face in the morning before hitting the mat. I hadn’t believed it was necessary, as I’d just cleansed my pores seven to eight hours prior, before bed.

It made the biggest difference: my temporary acne subsided within a day or two. Plus of course, after each class, I showered immediately and washed my face once again (that’s twice in one morning, for those counting). And lo and behold: the glow. It was like a radiating, happy-skin feeling.

That post-hot yoga glow is apparently a common benefit of those taking classes. Dr. Casey Mace Firebaugh, a Public Health assistant professor at Central Washington University, conducted a hot yoga survey in December 2017, a large self-reported online study of yoga practitioners to determine their self-reported benefits of heated and not-heated yoga practice. Of the 700 participants, who were asked what benefits they had experienced, 33 percent of those polled cited clearer skin. (It’s important to note Dr. Firebaugh’s questionnaire did not ask to what degree skin was more clear, or if acne was an adverse side effect).

Since the beginning of week two, my skin has never — yes, never — been better. No breakouts on my face or body, no dry skin (remember, it’s winter!), and no dully-colored epidermis. And though I am excited, I’m not entirely surprised. Infrared lights, such as those used in class, are known for [balancing skin color, reducing inflammation, and rejuvenating the skin] — and of course, making you sweat like you never have before. (Discover one writer’s experience at an infrared sweat lodge here.) 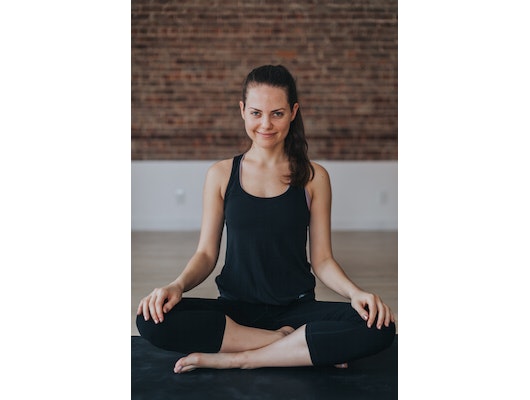 My Hair Needed Some Extra Attention

However, while I’d anticipated all along that my skin might change in some capacity (for better or worse), I didn’t realize that my scalp would. For one, I proudly consider myself well-versed in dry shampoo. It’s a must-have product for me, as I work out and shower daily (but don’t shampoo and condition every time). Given that every pore on my body — scalp included — was oozing sweat, it became a must that I washed my hair more frequently than every two days.

And then, just as I came to accept my new hair washing schedule, my gel nails started to peel off, two weeks before they usually would. 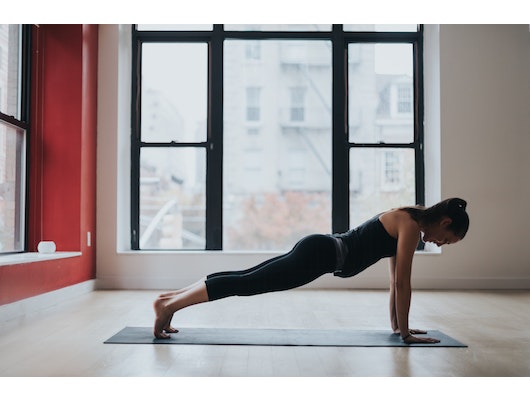 Manicures Did Not Stand The Heat

My nails were an unexpected casualty in my hot yoga experiment. The heat was not friendly to my (typically) long-lasting gel manicure. While I usually would rush to the salon to get them redone, I chose to give up on that pursuit. There was no point in reapplying polish when it would peel off faster than ever before. Instead, I painted my own nails for the remaining hot yoga challenge days — and ultimately, that saved me a little money and time.

As my 40 days of hot yoga came to a close, I missed my long-lasting manis, and my former (lazy) hair routine. However, it was worth giving up those extra 10 minutes in the shower for my hair and forgoing salon visits in the name of my new glow. I’m fairly certain that doing six days of yoga each week will not be required to retain my newfound complexion. One thing is certain — I’ll be back for more upward dogs and planks, and “the glow”, packaged together in an amazing workout.

Classes were gifted to the author for the purpose of writing this article.
Dr. Jennifer Levine is a paid Allergan consultant.