Like most guys, I never thought injectable facial filler was for me. If you’d asked me a year ago if I’d consider getting this temporary treatment that adds volume via hyaluronic acid to areas like cheeks, lips, and deep facial lines, I’d think of a Real Housewife®, and dismiss it as something feminine and extreme.

But I am not like most guys in that I make my living as a beauty and grooming editor. In that aspect of my life, filler was a subject matter that intrigued me immensely — as a writing topic. Injectable filler has been around for years and, according to the American Society of Plastic Surgeons®, the amount of soft tissue filler treatments done in the US has climbed 312 percent since the year 2000 (3 percent from 2016 to 2017 alone). Thanks to being a grooming reporter, I knew that non-invasive filler treatments are objectively more common than ever before. Plus, I have been getting injectable wrinkle reducer treatments to help temporarily smooth the look of moderate to severe wrinkles; but for some reason, I couldn’t make the cognitive leap to consider filler.

[Editor’s note: Injectable wrinkle reducers temporarily smooth the look of moderate to severe wrinkles in certain areas of the face, including the forehead, frown lines, and crow’s feet. Injectable filler is a temporary treatment that adds volume to areas of the face such as the lips, cheeks, and laugh lines. Like any medical treatment, both injectable wrinkle reducers and injectable fillers have potential risks and side effects. Talk to a licensed provider to see if they’re right for you. And learn more now by chatting with a trained aesthetic specialist.]

That all changed when I met with Dr. Howard Sobel at an industry event. The conversation eventually led to his practice, and I started my default line of questioning for doctors. My journalist hat on, I started peppering him with “What percent of your clients are men?” and “What are the most common procedures you do on them?” His answer to the latter shocked me.

“Fillers,” he said without hesitation.

I was taken aback. Injectable wrinkle reducers, I would expect. But fillers? According to him, the reason was simple. He told me that most men came to him seeking to fix certain problems without knowing what possible solutions could be. These problems (pronounced nasolabial folds and facial sagging among them) are usually best temporarily resolved with filler. As you age, these areas of the face naturally lose fat and bone, and injectable filler can help restore volume. Injectable fillers help plump up and fill in those areas. (Note that this is a prescribed, medical treatment with possible risks and side effects [filler risk link here], and may not be for you. Consult with a licensed provider in your area to see if they could be right for you.)

My friend, John,* a creative director in New York City, was one of the first in my circle to come forth that he’d recently tried his first round of cosmetic injectables. “I’m 45 and I’ve been noticing for the last three years some sagging on my face and lines getting a little bit more prominent,” he told me. “[I was] becoming obsessed with the possibility of [improving] this non-surgically.” John even started conversations about the topic with others, in hopes that someone had injectables before and could share their own experience. He came across a female colleague who was also curious about these treatments, but after they both asked around, neither of them had luck finding people who would freely discuss getting fillers.

I decided to investigate further, which is how I met Dr. David Shafer, a board-certified NYC-based plastic surgeon. He told me about 30 percent of his client base is men, and most of them come to him for fillers and wrinkle reducers. He also clued me in on the secret to fillers.

“You lose volume in your face as you age,” Dr. Shafer says, noting that it can happen as early as the late twenties or early thirties. He also made it clear that injecting a patient’s face with fillers isn’t always about directly replacing lost volume. “When fillers first came out, everybody thought, ‘Oh, I have these deep creases around my mouth, I’m going to fill those up,’” he explains. 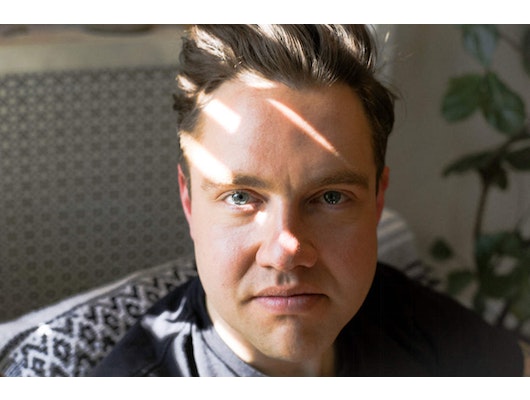 In my consultation, he noticed that I could use help in certain spots, including around my nasolabial folds. The doctor then suggested injecting in my mid and upper cheeks and used another filler to address a few tiny spots around my mouth. Alarm bells went off in my head — this was exactly what I was scared of. I have had big, chubby cheeks since birth. Much to my chagrin, they’ve never gone down. My cheeks hide my cheekbones (do I even have any?) and they make my face look big and moon-like when I smile. If I could change anything about my face, it would be to reduce its volume, not add more.

Dr. Shafer quelled my fears by showing me exactly how much filler would actually be going into my face. “[Most fillers] come in 1cc syringes,” he explains. “It takes 5ccs to equal a teaspoon. People get hung up on ‘is it going to be too much?’ but it’s really not that much product going in.”

I decided to put myself in Dr. Shafer’s hands and lie back. After a brief numbing cream session, he went to work, with more speed and less pain than I expected. In fact, I could barely feel it at all, save for a little pinch in my cheeks and around my mouth. Before I could even process what was going on, he was finished and held up a mirror.

[Editor’s Note: This is just one individual’s experience with fillers. Experiences vary person to person.]

I stared back at my face with awe. The overall effect didn’t change the shape of my face but added volume and contour in a way that looked subtle.

What shocked me most was the immediacy. I was used to injectable wrinkle reducers, which take a few days to start seeing results, with the full effect visible several weeks later. Fillers are not like that. In a matter of minutes, Dr. Shafer had sculpted my face in a way that was barely yet completely noticeable. I couldn’t believe my eyes. (However, the final results are most visible after several weeks pass, when any possible swelling and/or bruising fades away.)

“We could probably add a little bit more here,” he said, pointing right above the corners of my mouth, “and here,” pointing to my outer cheek. I didn’t hesitate. “Do it now,” I said.

I’ve now learned that this experience isn’t unique. My friend John had a similar outcome to his first treatment. He was looking for something that could provide subtle looking results. John’s doctor told him that the immediate effects would show him what slightly more filler would look like on him. Once the injections settled after a couple of weeks, he would be able to see if he wanted to get more. After three days, John booked an appointment to do just that. He went on to add that he loves how he looks, as his cheeks look fuller.

The fears that both John and I had seems silly in hindsight. He was scared of “feeling like he had ping pong balls” in his face. I was scared of looking like a chipmunk bingeing on walnuts. We both realized that these fears were based on a lack of knowledge of what cheek filler actually does. It doesn’t necessarily increase volume in a drastic, arresting way. Rather, it sits below the muscle, above the bone and plumps from below. When used adeptly, filler adds volume for contour in the mid-face in small but powerful ways.

Before completing my appointment, Dr. Shafer noted that the cheek filler he gave me should last a while, with re-treatment no more frequently than the year mark. Then after a quick ice compress and a brief lesson on aftercare — a little massage on the filled areas, more ice if needed — he sent me on my way.

As I walked around the rest of the day, I found myself looking into every mirror I passed, spending an extra few seconds checking myself out. I was in awe of what my face looked like.

I wasn’t the only one spending more time looking at my face — later, I saw my husband stare a little bit longer than he usually did. I could tell he was wondering what was different. He never once clocked the filler, and I didn’t offer any hints.

If my husband had asked me, I wouldn’t have been ashamed to tell him about my visit to Dr. Shafer, but I liked knowing that I was really the only one that could tell. I hadn’t done it for anyone but myself, and I didn’t need the outside validation. My friend John agrees. “Most people can’t tell [I got fillers] unless I tell them,” he says.” It was more about me seeing the difference.”

*Name has been changed.