Everything That Happens at a Routine Skin Check

Growing up in South Florida, there were a few rules upon leaving my parents’ house — even if I’d only be gone for a few hours. This included (but was certainly not limited to): calling from my destination once I arrived, respecting curfew, and wearing sunscreen. The latter was 100 percent non-negotiable, and necessary because my schedule regularly involved outdoor sports and pool days 11 months of the year, if not more.

This is to say that I have always been religious about covering up: if not for avoiding skin cancer, then definitely for preventing sunburn. (After all, being the kid who resembles a lobster never was my best look.) Now that I live in New York City, I still do my best to monitor my skin and its health. This involves a plethora of beauty products for my face, but also entails regularly scheduled skin checks — just in case there’s something out of the ordinary going on.

Last fall, I visited my dermatologist, Dr. Neal Schultz for a routine skin check. While completing my scan, he became concerned about a mole on my upper back. After two successive appointments, the little abnormal dot that I’d barely noticed was biopsied and completely removed. Thankfully, test results confirmed that all was fine — and I’m so glad that I had it checked out.

The most incredible thing about the experience is that all I had to do was show up. For skin checks, you don’t have to give blood or a urine sample, or get hooked up to any machines. It’s one of the easiest medical appointments to make and take — and it can save your life. Here’s the process, from start to finish and head to toe, and everything else you should know.

What happens at a skin check?

First, you get naked — sort of. Patients strip down, leaving underwear on (including bra, if you prefer) and either lay on a table or stand up, depending on the doctor. Dr. Schultz, who estimates he conducts 40-50 scans a week, totaling 2,000-2,500 a year, has his patients lie down, front and back. He finds this technique more thorough and effective, without shadowing from the light.

“I start at the bottom of the feet, look between the toes, and I just move north,” he says. “I check all areas of the skin.” Dr. Schultz not only looks closely at the face, but he also examines the scalp, searching for abnormal moles (cancerous or pre-cancerous) and other suspicious growths. Depending on how many of these concerning items are detected, the entire process can take between five to 15 minutes. “If there are pre-cancerous spots, we make notes: what the size is, where it’s located,” he explains.

How often should I get a skin check?

To be perfectly honest, before my diagnosis, I hadn’t had a skin check in roughly three years. (I’m embarrassed to admit it, but I hadn’t realized how much time had flown by!) Dr. Schultz recommends patients get this full body scan once every 12 months as long as they have normal, cancer-free skin. To remember this important appointment, he has a solution. “Things you have to do once a year, do it the month of your birthday,” recommends Dr. Schultz when it comes to check-ups. “This way, you’ll know when you’re due or you’re not due.”

But any time of year will suffice. “There's no wrong time for a skin check,” says Dr. Susan Bard, a dermatologist at Manhattan Dermatology Specialists. “Some people don't like to come in the winter because they get cold disrobing.” She adds, “Others like to come after the summer to assess for any concerning lesions they may have acquired over the summer. It's personal preference, really.”

Should a patient have abnormal skin, they should visit their physician more frequently, according to Dr. Bard. “For patients with a history of non-melanoma skin cancer, skin checks are recommended every three to six months for two years after excision of the malignancy,” she says. However, if you’ve had melanoma (the most serious form of skin cancer), she advises to continue getting skin checks every three to six months for five years after it’s been removed. 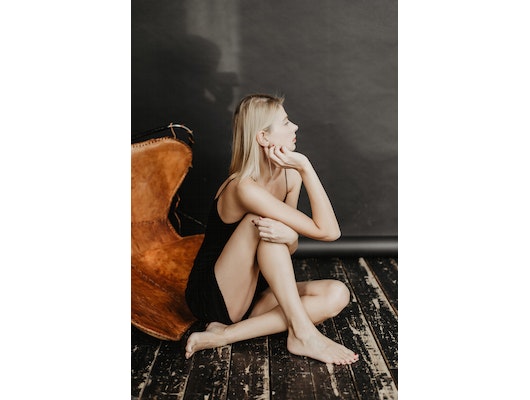 Why is it so important to get checked?

If you haven’t gone in the past 12 months, it’s time to get a skin check again. “Abnormal moles, meaning pre-cancerous moles, have between a 20 and 25 percent chance of becoming melanoma,” warns Dr. Schultz. “For that amount of risk, they should be removed.” Dr. Schultz notes that melanoma kills one American every 55 minutes, resulting in 10,000 deaths each year. “It’s completely avoidable,” he says, and regular scans are a key part of that.

What should I do if my mole changed?

It’s often recommended that if a mole changes shape or color, patients should see their doctor ASAP. “You can give it two weeks,” says Dr. Schultz. “Sometimes things get bruised or hit, and that makes them look different.” But, he adds, “If it’s not looking like it should in two weeks, you come in and show it to the doctor.” Still, this doesn’t guarantee it’s going to be removed — because it may just be inflamed. Your doctor will be able to tell the difference.

How will the doctor remove my abnormal mole?

For abnormal moles that are potentially pre-cancerous, Dr. Schultz says, “It’s a relatively simple procedure with a deep scraping.” In instances that he believes a mole is very abnormal and potentially a melanoma, he would conduct an excision.

“If the doctor determines that it looks like an abnormal mole, then the question is ‘is it abnormal and probably pre-cancerous?’” he notes. “Some doctors think that if moles look a little bit abnormal, you can just watch them, and if it gets more abnormal, then you take it out.” However, Dr. Schultz errs on the side of caution. “The patient might not be there the month this thing changes and becomes a cancer. “That might happen the month after their exam.”

Once an abnormal mole is removed, it’s time to heal. “If it’s just the scraping, it’s between two and half to three and a half weeks,” Dr. Schultz says of recovery time. “Sometimes, we do the scraping and it’s a little bit deeper or wider than we thought, but still benign.”

Often, mole removal can leave behind a mark, but you don’t have to live with it. For red scars, Dr. Schultz will treat his patients with a laser designed to target blood vessels, like the VBeam. “If it’s raised, we’ll use a Profractional laser, which drills little holes in the scar,” he says. “The same laser will help fill in a divot.”

Dr. Schultz adds, as a last thought, “Your skin is the only organ in your body where you have complete control over if you ever get cancer — just by showing up,” he says. “There’s no other organ where you can prevent getting cancer or getting a cancer at the stage it will harm you.” If that doesn’t motivate you to get your yearly skin check, we’re not sure what will.

Wellness
Laser Treatments,What a Derm Does
YOU MIGHT ALSO LIKE
RECOMMENDED READING
You are now leaving Spotlyte. Links to third-party sites are provided as a courtesy. Allergan does not control or endorse, and is not responsible for, non-Allergan sites, including services or products offered on such sites. Allergan’s Privacy Policy and Terms of Use do not apply to third party sites.