All The Amazing Things Acids Can Do For Your Skin

The word acid gets a bad rap for obvious reasons. Pair it with skin and it sounds like a terrifying combo. Truth is, it’s a match that makes for heavenly skin — but only if done right. Navigating the world of facial peels and chemical exfoliators can be complicated, especially if you’ve never tried one before. But they’re completely worth the effort!

Think of chemical exfoliants as a triple threat: they fight discoloration, help reduce the severity of wrinkles, and work to decongest pores. Removing those dead skin cells helps makes skin look smoother and brighter. Over time, and the more you use them, stubborn dark spots, rough skin and other troublesome areas will begin to wear away.

Now that we’ve piqued your interest, keep reading. We tapped two experts for help, and they shared tips on exactly how to use them (and why!). Once you incorporate acids into your routine, you’ll wish you’d put your fears aside much sooner.

Alpha hydroxy acids (AHAs) are a group of low pH substances including glycolic acid (derived from sugar cane); lactic acid (from sour milk); citric acid, which as you might have guessed, comes from citrus fruits; and mandelic acid, a byproduct of bitter almond extract. “These acids are keratolytics, meaning they disrupt the connections between superficial skin cells to exfoliate the skin surface,” explains Dr. Jessica Weiser of the NYDG Integral Health & Wellness. Sloughing off that dead skin will help clear up any dark spots, even out the texture of your skin and boost cell turn over so that those pesky problems go away faster.

Furthermore, AHAs have been shown to help stimulate collagen production — and we know that as we age, the collagen that our skin makes sadly slows decreases. When it’s ramped up and boosted, skin looks plumper, tighter and wrinkles are less visible. That’s why they’re frequently found in anti-aging treatments like the Verso Enzyme Peel ($90) and La Roche-Posay Effaclar SerumTM ($45).

If you’re looking for something to clear up your skin relatively quickly, glycolic acid should do the trick. It boasts the smallest molecule of the AHA family, so it can absorb into skin the easiest. You’ll find it in lower concentrations in over-the-counter cleansers and at-home peels like InstaNatural® Glycolic Peel ($24), or in higher doses at a dermatologist’s office — where it may be used in a chemical peel to remove a deeper layer of the skin’s surface. If you find glycolic is too intense for your complexion (even in a less potent dose), lactic acid is a milder alternative that tends to be a better options for sensitive skin. You can find it in products like the Sken by Erase SpaTM Brighten My Day 10% Lactic Gel ($30).

When it comes to beta hydroxy acids (BHAs), you’re dealing with one major player: salicylic acid. While salicylic acid is used to exfoliate skin, it can’t actually penetrate beneath the skin’s surface as easily as AHAs. Instead, it’s working to break down oils in the skin that are clogging pores and causing breakouts. It’s also an anti-inflammatory, so it helps calm bumps and acne flare-ups. We’re particularly fond of Paula’s Choice® Skin Perfecting 2 Percent BHA Liquid ($29), a toner-like fluid that helps clear out pores to make them appear smaller.

Poly hydroxy acids, or PHAs, are the hip new acids on the block, and include gluconolactone and lactobionic acid. They are considered upgraded versions of AHAs, because PHAs exfoliate dead skin cells, but unlike AHAs, attract water molecules as they slough, leaving your fresh skin hydrated. “These give a good balance between efficacy and being mild on the skin, having some moisturizing properties,” says Dr. Joshua Zeichner, Director of Cosmetic & Clinical Research in Dermatology at Mount Sinai Hospital in New York City. PHAs also don’t cause sun sensitivity like some other acids — but more on that later. If you’re new to acids, PHAs are a smart place to start. A good one to try is Glossier Solution ($24), which contains gluconolactone.

Azelaic acid doesn’t fall into any of these categories, but it’s still special and definitely worth trying! It comes from wheat, rye or barley, which are known for calming down inflammation, redness and bumps that come along with having acne and rosacea. Also, if you’ve ever developed sun spots or hyperpigmentation, azelaic acid can help clear up the discoloration in a mild way. You can find it in REN Clean Skincare Ready Steady Glow Daily AHA Tonic ($35). 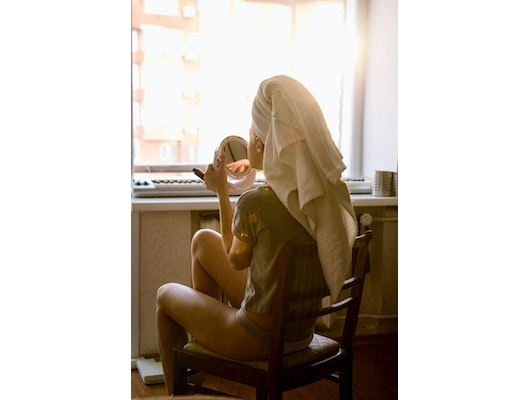 As with any other product, your skin may need time to get used to acids, so it’s best to proceed with caution. Overusing hydroxy acids can cause serious skin irritation, so start slow — such as once or twice a week — and work your way up depending on how your skin reacts. If the acid is in a milder formula (such as mixed into a cleanser, which you’re immediately washing off, instead of leaving it on as you would a serum) you may able to use it on a daily basis. Ideally, though, it’s best to try it once and see how your skin responds to it. If you feel any sensitivity from it, stop using it. Zeichner warns that if you have very sensitive skin or rosacea, do not use hydroxy acids. “They may cause more harm than good and lead to skin irritation,” he notes.

Though your nighttime skincare routine may already be comprehensive, make way for acids: they’re best used before bed because they can cause sun sensitivity when left on the skin. Make sure to wear a broad-spectrum, high SPF sunscreen during the day to not only help maximize the effects, but to keep skin protected — that chemical exfoliation can make your skin more sensitive to sunburn.

Luckily, a lot of over-the-counter acid treatments aren’t potent enough to cause serious skin irritation, but that doesn’t mean that it can’t happen. And while it may be tempting to cocktail your own treatments, less is more. Mixing acids yourself can be a dangerous combo. “I generally do not recommend combining different products as it may result in using too high of a concentration of acids on the skin,” says Zeichner. “The pre-formulated combination products have a lower concentration of each individual component acid to minimize the risk of irritation.

If you want or need the benefits of several different acids, look for one that has already been pre-blended like Omorovicza Acid Fix ($115), which combines both AHAs and BHAs. In certain cases, Weiser says that it’s OK to mix a more potent acid with a gentler one. “For acne therapy, we often use a combination of salicylic acid for skin turnover and to decongest pores, in addition to azelaic acid to more significantly reduce inflammation and reduce post-inflammatory pigmentation left by blemishes,” she says. If you’re not sure if you can mix your two favorite formulas, be sure to ask a professional. It’s better to be safe than sorry!

Again, we can’t emphasize enough the importance of consulting an expert before combining the more powerful products in your routine. If you’re already on a wrinkle-fighting regimen, such as with retinol, or even working on breakouts with prescription acne medications, talk to your derm before adding any acids to your lineup. You may end up with some serious irritation — or even cause all of your products to basically cancel each other out.

“Although neither is specifically an acid, one of the most common skin care errors is mixing retinol (a vitamin A derivative) with benzoyl peroxide, because these two ingredients actually deactivate each other,” says Weiser. And, mixing retinol with any AHAs or BHAs can really leave you skin red and raw.

Now that you know how amazing acids can be for your skin, get ready to ease into using them. Yes, they may not be as foolproof as other skincare ingredients (and you don’t want to create one skin issue while trying to solve another), but provided you’ve done your research, the glowing results will speak for themselves. Happy brightening!