It might seem that dermatologist Amy Wechsler, MD, goes to great lengths to protect her skin, but it’s more than her profession that fueled this drive. “I’ve always had sensitive skin,” bemoans Wechsler, who’s been in private practice for 13 years. “I can’t use most products that have fragrance in them, and I always travel with my own stuff because I really have to be careful with new products.”

One look at her beautiful complexion proves that she’s made some very wise choices. Wechsler, 48, earned her first medical degree in psychiatry, but after observing how her patients’ skin health was so closely linked to their emotions, she decided to return to med school to also become a dermatologist. It’s this unique duality that has earned her an impressive clientele which runs the gamut from neighborhood kids to celebrities to the fashion elite, all of whom she sees in her Manhattan office just off Park Avenue in New York.

If that wasn’t enough, she also serves as an advisor with Chanel (she was the impetus for the brand to create its huge successful skin-soothing Solution 10, which took four years to create!) and is an accomplished athlete and mother of two. She took a moment from her busy schedule to share her tips, steps and precautions in all things sun-related with us.

She follows the shade

“Whenever I find myself walking outside, I will cross the street to walk on the shady side. I always wear sunglasses when I’m outdoors to protect the skin around my eyes, keep the eye muscles relaxed so I don't make my crow’s feet worse, and protect my actual eyes from sun damage.”

Also, every time I buy a new car, I ask that the windows be covered with the films—moon roof, too. Sometimes, I get some pushback on this. Most recently, a dealer told me it was illegal to tint the front windows of a car in New York state, but I wasn’t asking for tinted ones! There are clear UVA-protective window covers! It can be done!

But here’s a stronger argument for them: The last time I bought a car, the guys at the dealership had teased me that this request was overkill, but get this: Between the time I bought the car and the time I picked it up, two of the guys at the garage had been diagnosed with skin cancer. They said, “Yo, doc. You’re not kidding!” The film is not free—it cost me around $1,000 at my dealership in Manhattan—but I don’t think you can put a price on being skin-cancer-free.” 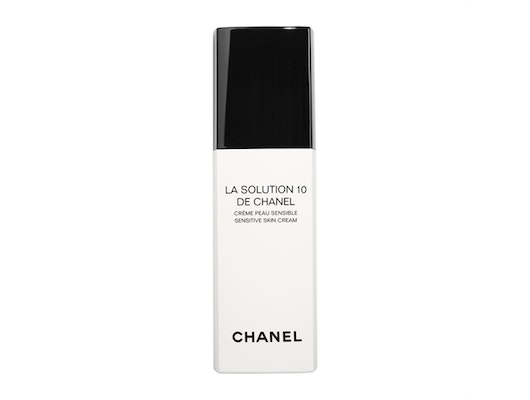 She layers her sunscreens

“I’m always testing sunscreens because patients complain about it running and going in their eyes. Two that don’t go anywhere are Chanel UV Essentiel and Invisible Zinc®, which is from Australia, but you can get it on Amazon. I get the 4HR water-resistant one (SPF 50+) and it’s also sweat-resistant. I layer the Invisible Zinc over the Chanel; I like the extra security of layering, plus I have melasma, which can be activated by sun exposure. And when I’m active, like playing tennis, I try not to towel it off; I’ll just dab. If you rub your face or your arms with a towel, you’re manually rubbing your sunscreen off, then you need to reapply it. And not everyone does that.

I reapply every one to two hours. The SPF number that I recommend is 30 minimum, 50 max because anything less than 30 isn’t sufficient—especially if you’re in direct sunlight and between the hours of 10am and 2pm. And 50 max because anything higher than that number is such tiny increments, the difference isn’t really measureable. Also, to achieve the SPF number on the bottle requires using a lot! Often people don’t use the amount that’s used in the labs to create that SPF level, so they always start off with less protection.”

She flies with sunscreen

“I put Chanel UV Essentiel sunscreen on before I board a plane (unless it’s a night flight) and I always sit in an aisle seat. That might sound silly, but those side windows do not have UV-protective films, though I’m pretty sure the cockpits do. Those windows are too big not to! If it’s a long flight, I’ll also bring Chanel La Solution 10  and reapply it every two hours.” (FYI: she reapplies her sunscreen in flight once.)

Her chest and vampires have something in common

“I’m pretty religious about not exposing my chest to the sun. This might sound nerdy, but I always say: V-necks are not for daytime. I save every shirt, blouse or dress that exposes my neck for the evening, after the sun goes down. Yes, I do wear short sleeves, but the chest is different. It is so sensitive to sun damage because: A) it’s a little angled toward the sun, just like your nose and lower lip are, and B) the skin on the chest is pretty thin, making it really sensitive. I see sun damage on that area on my patients all day long, and it’s hard to undo that damage.”

She’s not exactly an athletic fashion plate, and she doesn’t care

“I’m a little old-fashioned with my tennis outfit: shorts and a cotton t-shirt. Most women’s tennis gear these days are tank tops, and they’re often scoop necked. That’s so much exposure! I try not to play between 10am and 2pm. If I’m cycling, I always wear bike gloves. Your hands are sitting ducks when you’re on a bike. Wearing them can be a little uncomfortable, but there are thinner ones for the warmer months, and you get used to them.

When I’m at the beach, I always wear a rash guard over my bathing suit. There are some really cute ones out there, so there’s no excuse. Whatever sport I’m doing, I’m always thinking, how can I protect what’s going to be the most exposed during this sport? I also like to think of ways to be protected that doesn’t mean having to slather myself in sunscreen every two hours, because sunscreen isn’t perfect and I know some people consider using it annoying.”

Don’t even ask her about that sun = vitamin D theory

“I don’t even care about that theory. To achieve the recommended levels of vitamin D, you have to get a lot more sun exposure than that 15-minute mid-day walk that everyone says does the trick. It’s not worth the sun damage. I have a lot of patients who are sun worshippers and their D levels are too low!

I might consider taking that 15-minute walk outside in the early morning sun, but it still likely wouldn’t be enough. I just take a D3 supplement. There are plenty of very good ones available, so it’s easy and inexpensive to get your adequate amounts that way. Sure, you can try to supplement with milks and yogurt, too, but that’s also usually not enough.”

She probably gets more sleep than you do

“I cannot talk enough about the importance of sleep. There’s tons of research that proves that seven and a half to eight hours of sleep improves your health in every way—you’re less irritable, you function better, your memory is better. Plus, you heal in your sleep. Your body makes healthier collagen, DNA damage is repaired. There’s no shortcut to this that I can think of. Even one hour of napping is very helpful, if you can do it. Unfortunately, I can’t nap unless I’m in a moving vehicle. So that kind of limits my opportunities!”