The Definitive Guide to Slimming Your Upper Arms

If you were to ask gym-goers which area they struggle to slim down, we bet our ClassPass® that many would cite their upper arms. After all, they’re a difficult area to get trimmer — so much so, that one could assume chiseled upper arms are reserved for the likes of ballerinas and celebrities. We’re here to tell you that more svelte upper arms are possible. We turned to a nutritionist, fitness expert, and plastic surgeon for their best arm slimming secrets. Read on!

Focus on your fuel.

Unfortunately, there’s no specific food that will grant you sculpted upper arms. That said, eating an overall healthy diet will give you energy needed to workout — which is an essential component of toning said upper arms. Nutritionist and founder of B NutritiousTM, Brooke Alpert, encourages a diet rich in protein and vegetables. According to studies, your body increases its use of protein in high intensity exercises. Therefore, it’s important to consume high-quality protein (such as chicken, eggs, or fish) if you want enough energy to exercise to your body’s fullest potential.  Additionally, some studies credit veggies (think leafy greens like kale and spinach) for preventing weight gain. This ultimately allows muscles (not excess fat) to be the highlight of your upper arms.

Lastly, Alpert warns against processed foods and/or foods that are high in added sugars.“[They] have little to no nutritional value,” she says. Translation: Those vending machine snacks probably aren’t helping you reach your arm goals! 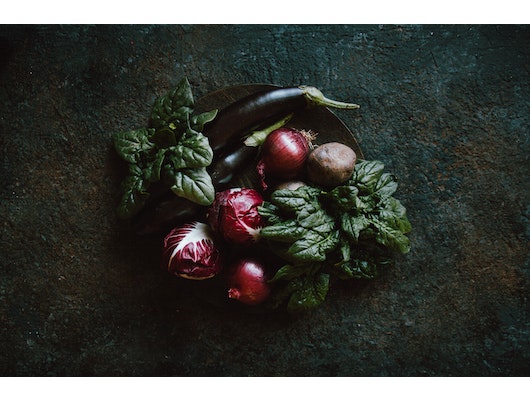 Use a resistance band instead of weights at the gym.

While it’s natural to make a beeline for the dumbbells, you might want to reconsider your arm-slimming equipment of choice. According to Stephen Pasterino, the founder of P.VolveTM, a resistance band might be a better option to achieve a lean look. “When [exercising] that part of your body, it's important to lengthen the muscle,” he explains. “When you lift weights, you are compacting the muscle, which is the opposite [of what you want].”

Resistance bands better target hard-to-reach muscles — particularly in the shoulder. “By keeping the arm straight and changing the direction of your shoulder, you can [work out] every angle of your arm,” he says. “People typically just focus on the elbow joint, which isn't as effective.”

Look for a band with a hand-locking system that allows you to move freely in several directions, such as the P.bandTM ($30). To use, Pasterino recommends moves over your head. For example, try lifting both upper arms above your head and pulling the band taut at both sides. Pull one arm down while keeping the other still, creating resistance. Repeat eight times before switching upper arms. (You can also find different moves and sets here to switch it up once in a while). Explains Pasterino, “this position stretches and [works] the muscles that run through your shoulder and armpit area.” Practice this move four times a week for 10 to 15 minutes and he promises you’ll see results within two to three weeks. 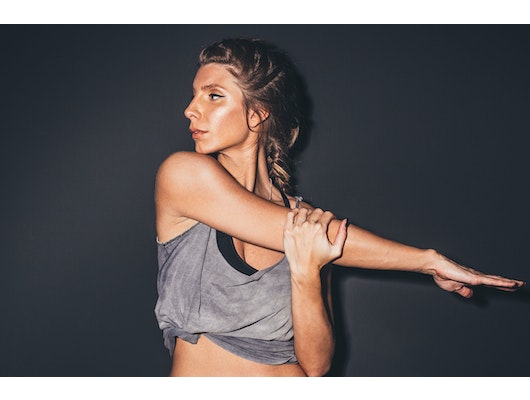 Does not imply person featured in photograph had the CoolSculpting treatment or liposuction.

According to plastic surgeon David Rapaport, MD, non-invasive treatments can reduce the fatty tissue between the skin and the muscles. CoolSculpting®, for example, consists of applying a controlled dose of extreme cold to the fatty tissues. Ultimately, the cold kills the fat cells in the treatment area. The CoolSculpting team claims that on average, fat freezing can kill up to 20 to 25 percent of treated fat cells per treatment. Treatments can range from 35 minutes to an hour, depending on the area of the body that is getting treated. For best results, Rapaport recommends coming back for a second treatment.

[Editor’s note: The CoolSculpting treatment is a non-invasive fat freezing treatment that effectively reduces fat in certain self-proclaimed “problem spots” in the submental and submandibular areas, thigh, abdomen, and flank, along with bra fat, back fat, underneath the buttocks (you know, those bulges that just won’t go away, regardless of how much you sweat it out on the treadmill). While it isn’t a weight loss solution, fat freezing can reduce pouches of fat. As with any procedure, there are risks and side effects, so talk to your licensed provider to see if it’s right for you.]

Nevertheless, Rapaport notes that killing a specific cluster of fat cells does not warrant cancelling that gym membership. “Our bodies have evolved over thousands of years to hold onto any excess calories that we eat,” he says. “Your bodies turn those excess calories into fat,” he continues. “[It] needs to be deposited somewhere.” CoolSculpting can reduce the number of fat cells in the treated area.

So if slimming your upper arms is on the list of New Year’s resolutions, definitely keep these three options in mind.

Some products and services were gifted to the author for the purpose of writing this article.

The CoolSculpting procedure is FDA-cleared for the treatment of visible fat bulges in the abdomen, flank, thigh, submental and submandibular areas, along with bra fat, back fat, underneath the buttocks (also known as the banana roll) and the upper arm.  It is also FDA-cleared to affect the appearance of lax tissue with submental treatments.