There’s a scene in a season four episode of Sex and the City® when, while at dinner, Charlotte compliments Samantha on her glowing complexion. “Did you get a facial or something?” Charlotte asks Samantha. “I masturbated all afternoon,” Samantha replies. And in that moment, the myth of the orgasm glow went mainstream.

Anyone who has spent a particularly amorous night with their partner — or with themselves and their favorite battery-operated toy — can attest to the fact that a particularly good orgasm can leave you with an obvious glow. “The sex flush and the vasculature changes [during orgasm] can lead to a flush in the face as well,” says Dr. Adeeti Gupta, founder of Walk In GYN Care®. But can regular orgasms lead to better skin overall?

The answer, unfortunately, isn’t exactly clear, as the research on this topic isn’t robust. But there is still compelling information to learn from. “A recent study showed that when a woman orgasms, she releases hormones that can benefit the skin,” says Dr. Melissa K. Levin, a board-certified dermatologist in NYC. The main hormone released during that process is estrogen, which has incredible skin benefits. “Estrogen can help maintain collagen levels and [sexual arousal can] decrease cortisol levels,” Dr. Levin explains.

Diminished cortisol levels is always a good thing. Cortisol is a stress hormone which can actually trigger a wide range of inflammatory skin issues from psoriasis and rosacea, to a full-blown acne breakout. It’s for that reason that Dr. Levin recommends overall stress reduction to patients looking to reduce the occurrences of their inflammatory skin responses: less stress can result in happier skin.

Less stress directly correlates to a successful orgasm, too. “Orgasm not only reduces stress, but being in the mindset to have an orgasm also requires being stress-free,” says Dr. Amie Harwick, licensed marriage and family therapist. In other words, you’ll likely find it impossible to orgasm if you’re wound tighter than a top. But if you’re in a zen mindset, orgasm comes more easily, and then you’re even less stressed afterward. It’s like a chicken-or-egg situation — but in the best way.

Aside from the drop in cortisol and spike in estrogen, which can both be beneficial for skin, orgasm also leads to a major skin flush. “When you orgasm, you’re getting an increase in blood pressure, which boosts your blood circulation,” Dr. Levin says. Improved blood circulation is always ideal — it carries oxygen and nutrients throughout the body while taking away toxins.

The boost in circulation occurs because sex is, in its own way, a form of exercise. “There is clear evidence that increased blood flow achieved with regular exercise can help keep our skin toned and healthy,” Dr. Gupta says. 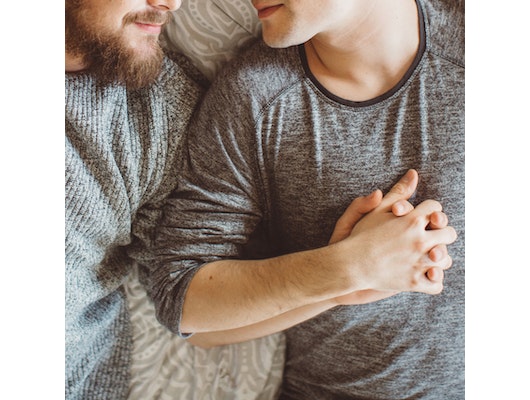 The more you’re exerting during the act, the better the results could be for your skin. (For example, you’re likely to have a more rigorous workout when on top than if you’re in the bottom missionary position, so consider that before your next roll in the hay.) The amount you flush, however, is individual. If you’re someone who typically gets all hot and sweaty during a workout, you’re more likely to experience an intense orgasm flush.

That said, all of these benefits are not necessarily cumulative, according to Dr. Gupta. “Sex and orgasm is a healthy process to increase blood flow throughout the body, but that increase is not a lasting phenomenon,” she explains. But all three of our experts agree that orgasm is part of a healthy lifestyle.

“I can’t tell women to go out and have an orgasm a day, because that might not be realistic,” Dr. Levin says. An orgasm won’t clear your acne up overnight, either. But cutting stress from your life in general is an integral part in having healthy skin overall. All three experts say that the psychological benefits of orgasm — like the blissed-out feeling you get afterwards — are almost more beneficial for your skin than the orgasm itself. (Just be sure that you’re practicing safe sex!)