There are countless reasons to be obsessed with the cast of Crazy Rich Asians: the movie broke barriers for Asians in Hollywood, it was an undeniably charming rom-com, and (in our opinion) the female leads have the kind of beautiful skin that many of us dream about. At the 2019 Oscars®, the actresses of the film walked the red carpet with gleaming complexions — specifically Constance Wu, Michelle Yeoh, Gemma Chan, and Awkwafina. Their radiant skin reminded us of the Instagram®-famous glass skin look, which can be achieved using this beloved K-Beauty serum.

Instead of playing a guessing game of what to do and use for this type of radiance, we asked their estheticians and makeup artists to share the exact facials and skincare products used on these beauties. Keep reading to learn what these actresses relied on to get red carpet ready! 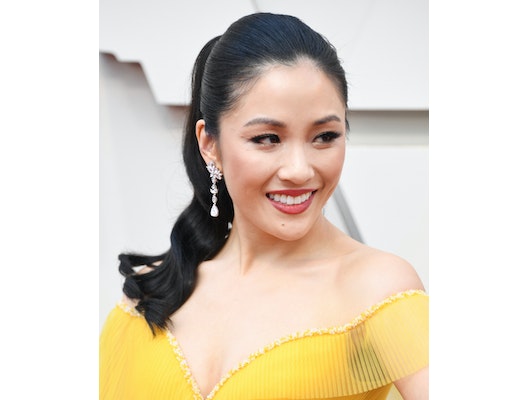 When Constance Wu graced the Oscars red carpet special on TV, light seemed to actually beam off of her smooth, dewy skin. Wu shared in her Instagram® Stories that she visited celebrity esthetician Joanna Vargas for a pre-show facial. “Joanna, my skin looks so amazing!” She gushed.

Vargas confirmed that she performed her signature Triple Crown FacialTM ($550). It includes “lots of microcurrent, oxygen, [and] microderm,” she said. “And we finished with a lot of cryotherapy, which oxygenates and sculpts the face. It makes you look lit from within.”

Molly Greenwald for Pat McGrath Labs® was responsible for the makeup that enhanced Wu’s magnificent glow. “I used the Pat McGrath Skin Fetish®: Sublime Skin Highlighting Trio ($50) across her cheeks, temples, and bridge of nose to give the skin a high beam,” Greenwald confirmed in a press release. (And if you’re crushing on her lip color, it’s Pat McGrath MatteTranceTM Lipstick in Vendetta, $38). 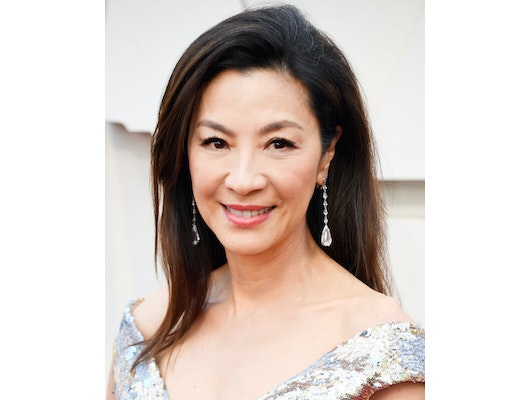 At 56, Michelle Yeoh showed off bright, radiant skin — the kind that likely comes from years of daily SPF wear and religious moisturizing. Dior® makeup artist Sabrina Bedrani prepped Yeoh’s skin using the new Dior Capture Youth® Skin Effects Enzyme Solution Age-Delay Resurfacing Water ($65), which is meant to be the first step in your routine (like an essence). We’ve been testing it out at home, and it actually does make skin feel instantly plumper and refreshed. Plus, it eliminates dead skin cells and acts as a primer for other layers of skincare.

Bedrani followed with Dior Prestige® La Creme ($400), a buttery moisturizer said to leave skin feeling like the texture of rose petals. She also made up Yeoh’s complexion with Dior Forever Skin Glow in #3 ($52) and Blush Palette Origami #002 ($70), dusted on just the apples of the cheeks. The minimal amount of makeup on her face allowed the focus to be on her skin. 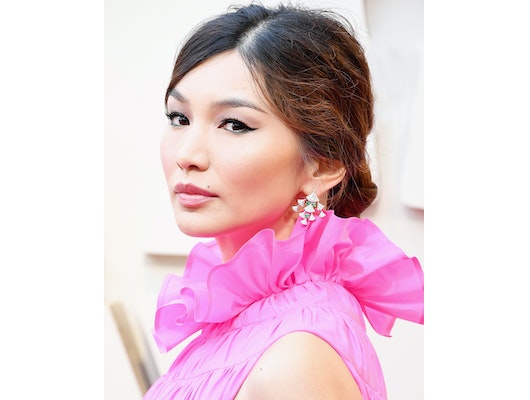 [Editor’s note: If you take blood thinners, talk to your licensed provider before using a lymphatic drainage tool.]

The final step included a special cocktail of Clé de Peau Radiant Fluid Foundation® ($128) and The Foundation ($250), both in shade #O30 Medium Ochre. 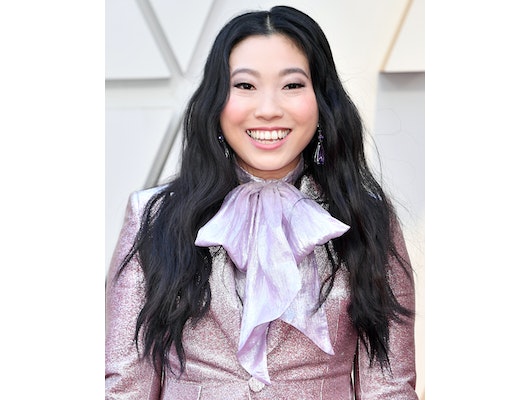 “I wanted to keep Awkwafina’s skin/makeup fresh and glowing with a slight definition on the eyes,” Quynh said in a press release. “Her pink suit had a flirty spring feeling, so I wanted to incorporate that into the makeup look.”

To prep Awkwafina’s skin, Quynh let the Kiehl’s Calendula & Aloe Soothing Hydration Masque ($45) sink into her skin for five minutes. After she rinsed it off, she massaged the Kiehl’s Hydro-Plumping Re-Texturizing Serum Concentrate ($59) into her face. Next, she layered on two Kiehl’s classics: the Ultra Facial Cream ($30) and Creamy Eye Treatment With Avocado ($48), which also went on her lids. The final step was a swipe of Kiehl’s Buttermask® For Lips ($26) onto her mouth.

To enhance her hydrated skin, Quynh applied the Giorgio Armani Luminous Silk Foundation ($64) in 5.75 using a damp beautyblender® sponge ($20). She blended it down to the neck for a seamless finish.