While Jenna Rosenstein, 27, senior beauty editor at HarperBazaar.com, hasn’t eaten meat for years and proudly professes her love of animals, she does partake in one beauty treatment that some may consider a “vegan faux pas.” We’re talking about injectable wrinkle reducers, a popular aesthetic treatment that temporarily reduces the activity of muscles to improve the appearance of moderate to severe lines on areas like the elevens (those two lines between your eyebrows), crow's feet, and forehead.

Rosenstein says she’s been getting wrinkle reducer injections for two years, and personally considers the treatment to be non-vegan. Her primary aesthetic concerns are crow’s feet and horizontal forehead lines, and she tells us that she loves the quickness.

“Just as I have been known to have a slice of non-vegan birthday cake every now and again, I also [get] wrinkle reducers,” she says. “Life is all about striking the balance between joy and principles. I think if you live your life as vegan as you possibly can, there should be no shame in leaving room for a little cheat here and there.”

She’s certainly not the only vegan who partakes in the treatment. To help explore this topic more thoroughly, and to help you feel more informed about wrinkle reducers as a whole, we spoke to several dermatologists about how this injectable is made and how it’s tested. 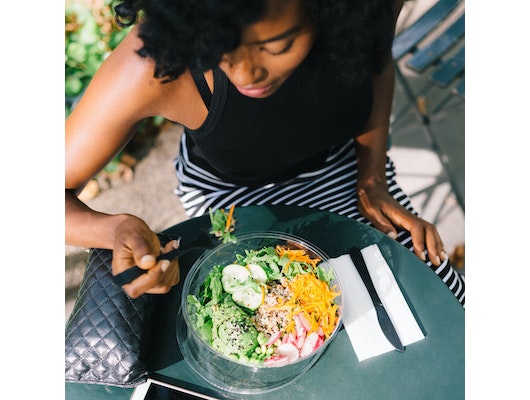 Is This a Vegan Faux Pas?

The answer to the question, “Can I use wrinkle reducers as a vegan?” ultimately depends on your interpretation of what constitutes as vegan.

The Vegan Society defines being vegan as a “way of living which seeks to exclude, as far as is possible and practicable, all forms of exploitation of, and cruelty to, animals for food, clothing or any other purpose.” The most common form of veganism is through diet, which is a plant-based one that avoids all animal products and by-products, including dairy, eggs, and honey. This can also be extended to lifestyle purchases, including clothing, accessories, beauty, and healthcare products.

For many people, although injectable wrinkle reducers are not designated by the FDA as “vegan,” they still use wrinkle reducers because they contain some vegan ingredients: botulinum toxin (a form of bacteria), salt and/or sucrose, and distilled water.

“When the company grows the botulinum bacteria that makes the toxin, they do grow it in a growth medium that contains casein, which is a milk protein,” says Dr. Papri Sarkar, a board-certified dermatologist at Brookline Dermatology in Massachusetts. “But the toxin is extracted and then purified many times before [being packaged].”

If you’re a practicing vegan and consider the bacteria or casein to be non-vegan, then that may cause you to press pause on receiving the treatment. Another issue that may be close to your heart as a vegan is animal testing.

Why Vegans Choose to Get Injectable Wrinkle Reducers

Rosenstein isn’t alone in her decision to get wrinkle reducers as a practicing vegan. Dr. Sarkar, whose patient list includes a large number of vegans, says that many ultimately decide it’s a treatment they feel comfortable incorporating into their routine.

“Since there aren't animal products in the ingredient list, they are fine with it,” she divulges. I've never really gotten any pushback even if the bacteria are grown in casein-containing media.” She added, “Many of my vegan patients say they feel OK with wrinkle reducers.”

Dr. Todd A. Besnoff, a medical doctor at the Ultimate Image Cosmetic Medical Center in Clearwater, Florida, says that his clientele also consists of many vegans. One of those patients is Charli White*, who’s been receiving wrinkle reducer injections for the last five years.

“My veganism is really important to me, so I want to make sure that whatever I eat or use are within that reel,” White says. “I was swayed to get wrinkle reducer injections, because the key ingredient comes from bacteria. They do have a secondary component which is non-vegan, but I overlook it. There is no right or wrong answer to this. It’s just about what you feel comfortable with.” 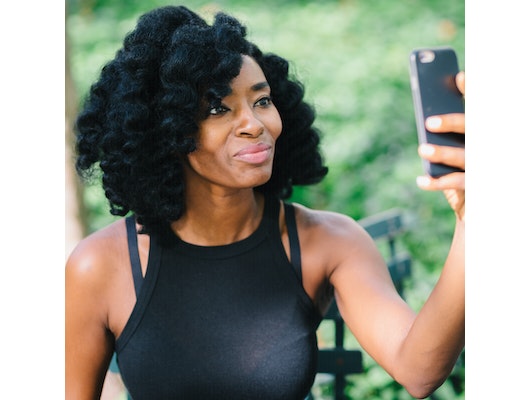 All that said, we do understand that such treatments aren’t for everyone. If you’re someone who’d rather abstain completely due to concerns about the ingredients used, animal testing, or other personal reasons, you do have some alternatives to work with.

“For the strict vegan, there are some other options [for cosmetic injectibles] that are both vegan and cruelty-free. For instance, [some] fillers are made of non-animal based hyaluronic acid,” he says. Others, and some versions of hyaluronic acid, are made from animal based ingredients, so it’s important to talk about this with your injector if it’s important to you. Injectable filler is a temporary treatment that adds volume and can help fill deep lines. They are used on areas of the face like around the mouth or in the cheeks or lips.

There are also plenty of other smoothing treatments and products available. These include in-office procedures such as microneedling, lasering, and facials, and topical options that utilize plant-based actives, such as vitamins A, C, and E, as well as some acids, nut butters, and fruit oils.

[Editor’s Note: Vitamin A and Retinol shouldn’t be used if you are pregnant or considering a pregnancy, be sure to consult your doctor before using.]

Ultimately, getting injectable wrinkle reducer is a very personal decision that practicing vegans (and others) should research and feel confident about before stepping into a doctor’s office. We recommend asking as many questions as you want, thoroughly researching each brand, treatment, and ingredient, and working with a dermatologist who’s sensitive to both your personal beliefs and goals.

*names have been changed